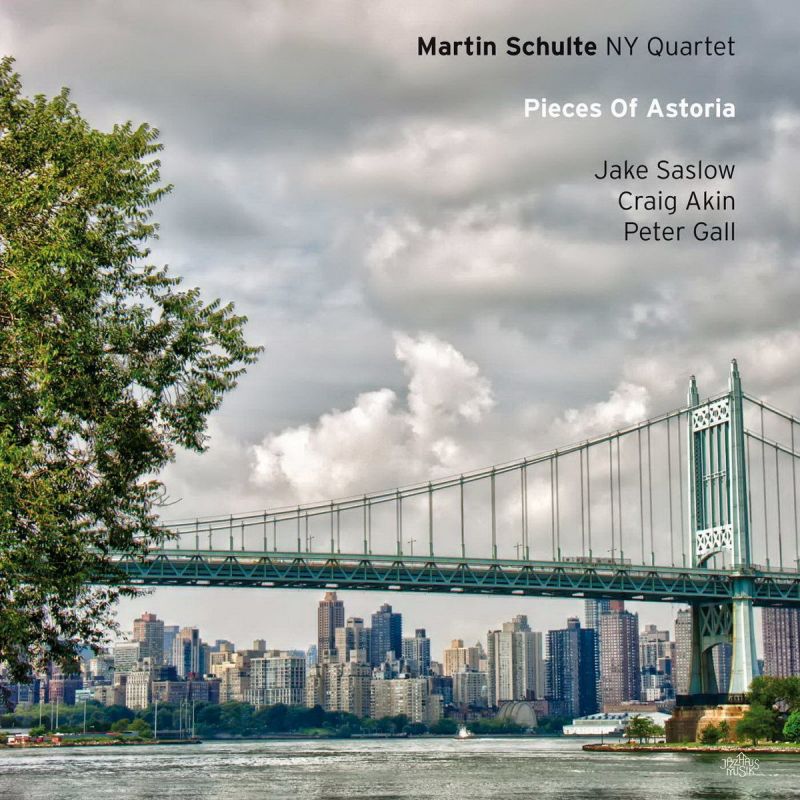 You’re in it right from the start. The opening song – “Brooklyn Lager“ – subtly reminds of Miles Davis’ legendary album “Tribute to Jack Johnson“. Martin Schulte’s New York Quartet is cool, but never cold, its groove flowing, the atmosphere created dense. Its voicings’ colours perfectly match the ensemble’s play. And all four have a deep awareness of musical history of the blues which is determining the root of all compositions of this album. The quartet celebrates with it some sort of return of the rebirth of the cool with elements of rock – and in a modern interpretation of Duke Ellington’s Avantgarde-Swing (“In a sentimental mood“). How it is possible as a result to sound so fresh and striking remains the band’s secret – as well as that of the music that it plays.