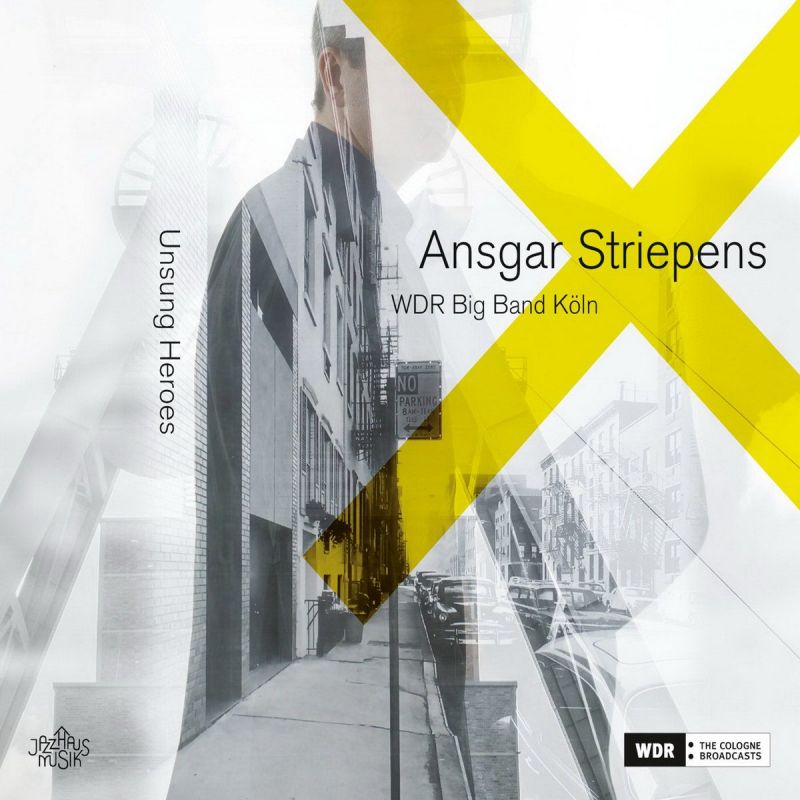 „Unsung Heroes“ is the project of Ansgar Striepens, Cologne trombone player and arranger. For „Unsung Heroes“ Ansgar Striepens made it his job to design a contemporary and artistically demanding programme together with the WDR Big Band out of the subject „Miners` songs - the sound of the area of the Ruhr“; a programme meeting the tradition of the Ruhr miners` songs as well as the artistic demands and expectations of an ensemble as the WDR Big Band and its internationally outstanding soloists. Sources of inspiration for Ansgar Striepens mostly were antiquarian song collections, volumes of poems and also books with photographs. Therefore in his arrangements he works with the material of timeless miners` songs, works of the famous working class poet Heinrich Kämpchen (1847-1912) and songs and poems from various collections for miners from the area of the Ruhr. As improvisational performers Ansgar Striepens has invited musicians as New York based vibraphone player Stefan Bauer, who himself has been born in the area of the Ruhr. Bauer is of the most important proponents of contemporary jazz concerning composition as well as improvisation. Another one is the extraordinary vocalist Theo Bleckmann, who Striepens has invited too. Ansgar Striepens' musical illustrations of traditional lyrics reproduce most diverse moods: heroic, full of hope and strong or gloomy, sad and melancholic. On the one hand side they support the songs` messages, on the other they put them into a new perspective respectively impede them. Ansgar Striepens cleverly enriches the sound design by using recordings of Richard Ortmann`s archive for industry noises. Thus he creates a surprisingly transparent artistic balance of sound between complex musical and sound backdrops, machine sounds, everyday sounds of a long gone industrial culture and, of course, the body of sound of the brilliantly improvising Big Band of the WDR.