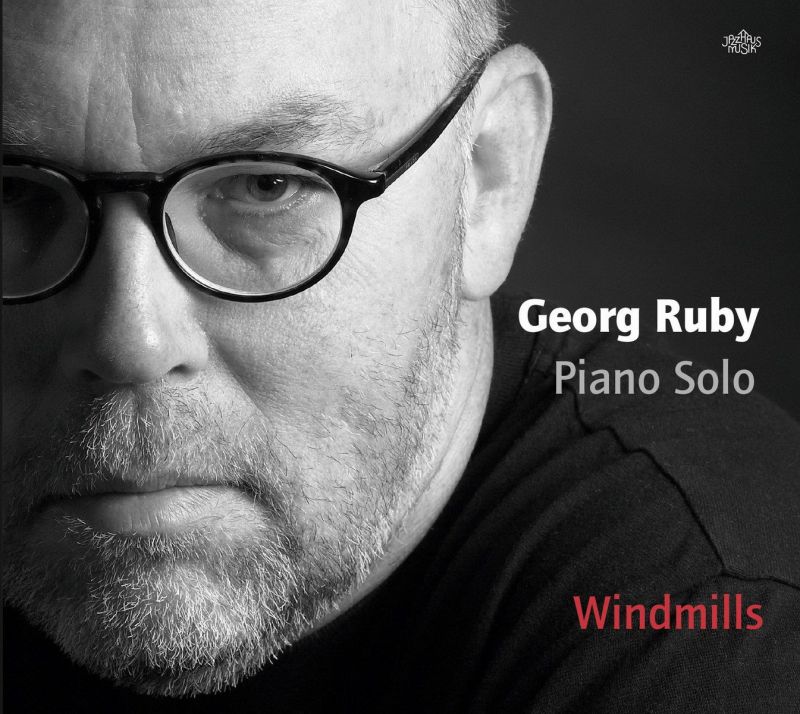 Georg Ruby is one of Germany`s leading jazz pianists. His second solo release "Windmills" is proof of how varied improvisation music can be. In this vein it is possible that in Ruby`s concerts Theo Mackeben`s "Bei Dir war es immer so schön" is to be heard alongside free improvisation (Instant Composing), followed by a very special version of "Bye, Bye Blackbird": spontaneity mixes with structure, sound pervades groove. Through an original preparation of the piano`s strings Ruby creates not only an extraordinary colourfulness of his instrument`s sound but in some parts the impression of listening not only to one piano player but to several ones.