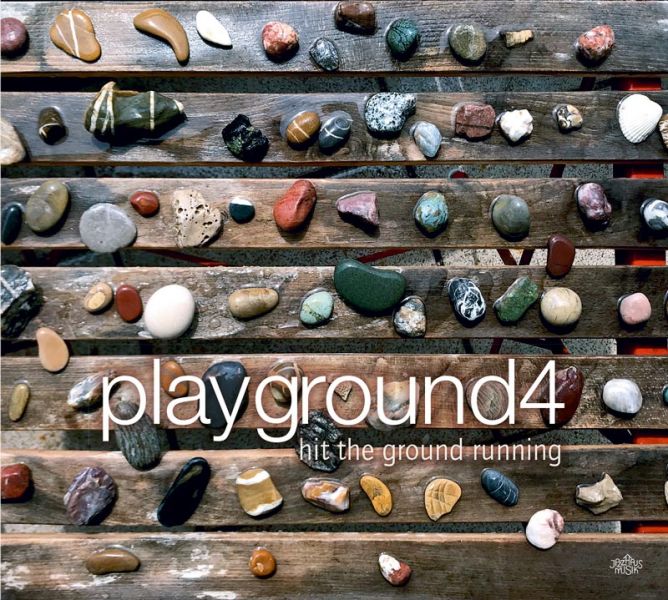 "The art of listening to each other" - that is the motto of the prolific collaboration of four musicians from three German-speaking countries that have met at a musical blind date.
Those four musicians - composers and conductors altogether - met by chance as lecturers at the "Hessische Frauenmusikwoche". And this first gathering of playground4 was and has been an absolute stroke of luck. They combine their voices to a musical unity between modern jazz, surprisingly rich varied timbres, the courage to complex experiments also outside the jazz idiom and a wily percussive orchestration. Unexpected flute effects including beat boxing, simultaneous singing and playing, electronic effects, piano preparations, string sounds and groove percussion on double bass: all these parts remain perceptible but emotionally they move a lot more as a whole. They not only fit together, they wonderfully merge.