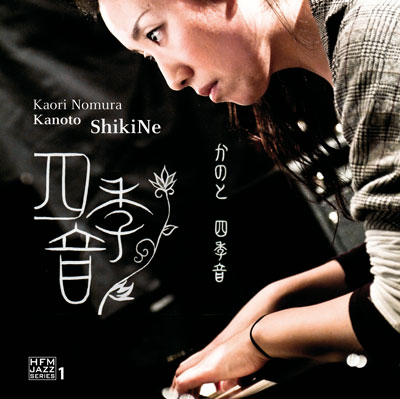 The compositions of ShikiNe are meant as a musical ramble through all four seasons. The journey begins in summer (when Kanoto was recording), continues the cycle in the familiar way and in the end returns to the starting point. The way, a line of improvised music, consists of seven stations. Seven times Japanese folk and children’s songs are played, amongst them "Kojo no tsuki" ("Moon over the castle`s ruin") and "Aka tonbo" ("Red dragonfly") as well as the famous "Sakura" ("Cherry blossom"). Kanoto has coloured each one of these songs time and again anew by means of changing jazz stylistics - coming from ragtime over hard bop to free jazz. The band does not perform the traditional, classical Japanese songs in a conventional way, it would rather make the original material unfamiliar melting Japanese folk music with jazz and improvised music. So our musical ramble is at the same time an expedition through the history of jazz.